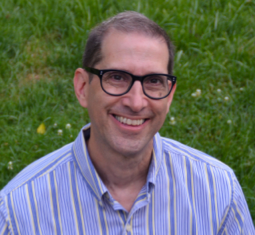 David is a nationally recognized executive, certified consultant, and broadcaster who has been growing companies for several decades and providing processes, programs, and intelligence to organizations of all sizes, including Verizon, Motorola, Apple, PNC Bank, National PTA, and others.

Currently, he’s CEO of ConfirmedApp.com where his SaaS (Software-as-a-Service) & advisory helps organizations reclaim unproductive time to refocus on the activities & people that most contribute to their success. In that role, he has figured out how to identify the items that most negatively affect productivity for various teams; and use Artificial Intelligence (AI) and Cognitive Science to create processes that are both more effective and more efficient.

In his previous SaaS company, he grew his user base to 780,000 over several years.  And he grew a broadcast radio network from zero to over 1 million weekly listeners.

He started his career in engineering/scientific computing, and has subsequently contributed for companies in manufacturing, technology, education, professional services, non-profit, and other industries.

He helped Verizon transform from a regulated phone company to an Internet goliath.  He helped Apple create processes that became foundational to the App Store.

Get Started on David's Courses

Keep up-to-date with CPE Today and get access to exclusive promotions.

Recommend CPE Today to a fellow colleague and you both will get a free course!